Momentus Mori is suspended from the ceiling on 3 metre wires, nearly touching the floor.

The work slowly starts to swing, gathering momentum over time, as the momentum increases the rhythmic

Now the spherical balls start to rotate in a spiral movement, pulling on the latex adding another layer of

sound, the mechanism strains and the first mechanism cuts out.

As the momentum slowly decreases the second mechanism also cuts.

The swing slowly comes to rest and the room is silent.

After 5 minutes of stillness the cycle repeats

The work hangs 5 meters from the beamed ceiling.

It swings slowly in its own momentum through an exaggerated arc.

The beams creak rhythmically in response and the work circles slightly as it comes to rest.

After 3 minutes of stillness the performance repeats. 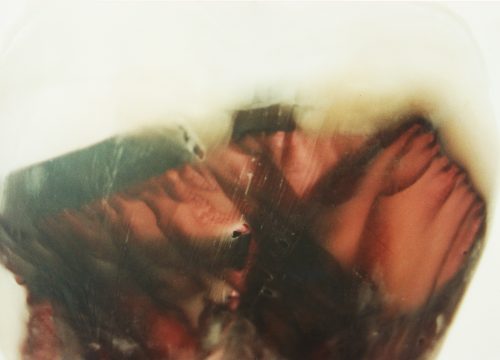 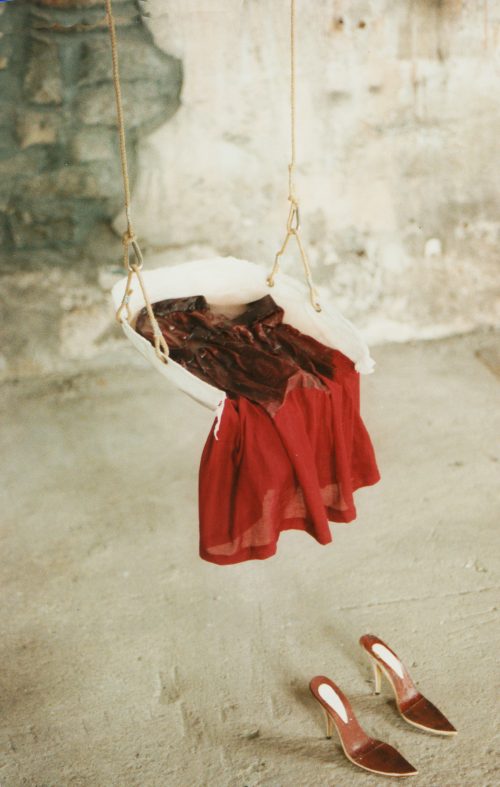 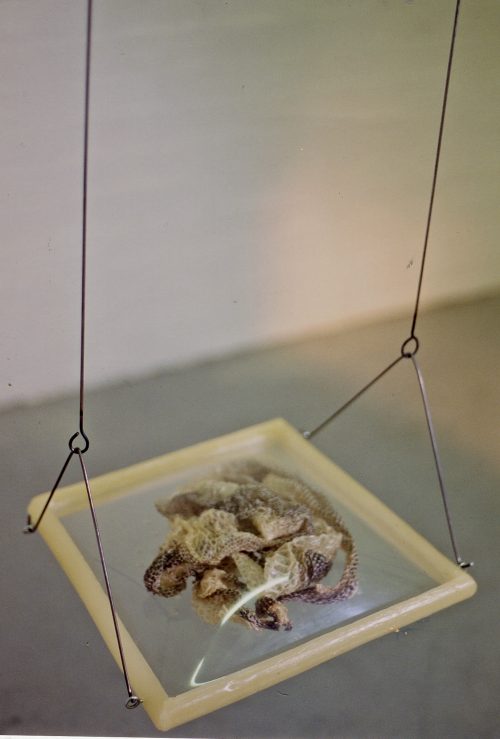 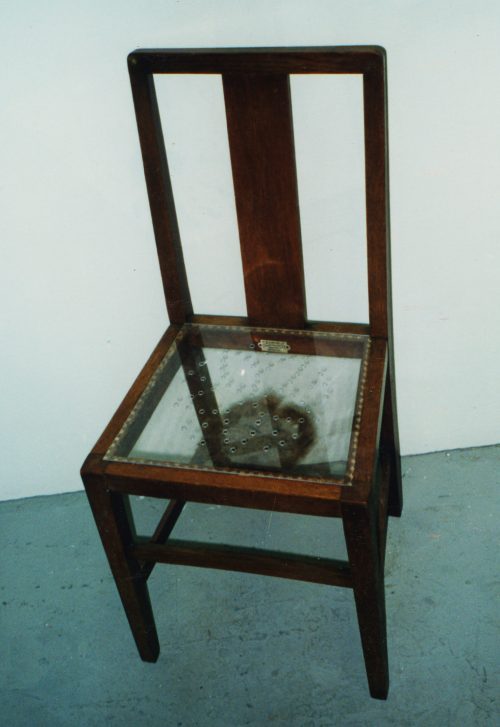